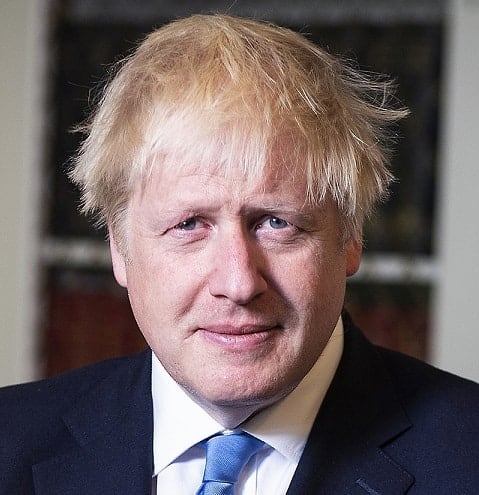 The UK Government Food Strategy was published today, highlighting how sustainable and alternative proteins can play a major role in British food production. However, the report falls short and has been labelled as a disappointment to the UK and to the planet.

“a “let them eat venison” approach that benefits nobody but a meat lobby reminiscent of the tobacco industry,” Morten Toft Bech

“With no commitment given on the future of cultivated meat in the UK, the Government’s Food Strategy White Paper has missed a key opportunity to keep our economy, environment and people healthy and secure.

“not to deliver a more ambitious strategy that cements Britain’s ambition to be a leading player in alternative protein is a disappointment.”

“The £120mil investment into alternative protein research and innovations and commitment to review novel food regulations and work with the FSA on the approval of new alternative proteins is a step in the right direction. However, considering the long-term opportunity cultivated meat offers for food safety, economy and climate, not to deliver a more ambitious strategy that cements Britain’s ambition to be a leading player in alternative protein is a disappointment.

“Industrial agriculture and its impacts, both here and around the globe, cannot be underestimated. 18% of our global emissions are caused by animal agriculture, and we are constantly reducing natural land habitation and impacting our biodiversity as more land is given over to agriculture. And that’s before we look at issues such as the overuse of antibiotics in farm animals, and its associated health risks.

“We need a drastic shift in how we think about food, and how our food is produced”

“Cultivated meat has to be taken seriously as a future food source by the UK government. We need a drastic shift in how we think about food, and how our food is produced. The rise of plant-based alternatives should be applauded, but for many, a meal isn’t a meal without meat.  Producing cultivated meat creates up to 92% fewer carbon emissions and will require up to 95% less land. It’s guilt-free meat, rich in protein, low in saturated fat and free from antibiotics.

“It will also be an added benefit to UK agriculture and food security. We import £6.6bn worth of meat annually. Meat which isn’t necessarily produced to British farming standards, and which comes at a high environmental cost. Cultivating meat in the UK means we can reduce our reliance on imports, helping to feed the nation, while taking the pressure off British farmers who have been forced to cut margins and farm more intensively. It means they can focus on farming practices that produce food while enriching the environments they look after, boosting biodiversity and climate resilience.

“We import £6.6bn worth of meat annually”

“Cultivated meat will play an important role in the world’s food strategies in the future. But by failing to give it the focus and attention it deserves in our own food strategy, the UK is in danger of being left behind or worse still, UK companies will be forced to set up abroad.”

“This head-in-the-sand strategy is nothing less than wilful neglect of the health of our environment as well as our people.

“We urgently need to address a food system that is no longer fit for purpose and produces a disproportionate amount of carbon emissions. This means shifting to a more balanced mix of protein sources and reducing our consumption of meat, especially intensively farmed meat.

“Investing in and supporting alternative proteins benefits health, environment and the economy. The looming cost of living crisis increases the urgency of the need to drive awareness and accessibility of sustainable alternatives for all, not a “let them eat venison” approach that benefits nobody but a meat lobby reminiscent of the tobacco industry in the tactics it will deploy to avoid modernising.

“It’s time we took a butcher’s knife to the meat industry and the huge industrial animal processors who continue to use their deep pockets and power to push others out of conversations and off supermarket shelves. As long as those trying to provide an alternative way of doing things are not able to play on a level playing field, we are allowing ourselves to be fast-tracked to an early climate grave, all in the name of the continuing profits of a few.”

“It’s great to see the government recognise that sustainable proteins can provide exciting opportunities for green growth, complementing the best of British farming while creating good quality jobs across the country. These foods can also help guarantee we have a diversified, sustainable and secure food supply in an increasingly unpredictable world.

“With its world-beating scientific credentials and entrepreneurial spirit, the UK is well placed to become a global leader in sustainable proteins, but without ambitious and coordinated measures now, we risk falling behind other countries like the Netherlands and Israel who are taking this area more seriously. Investing now will put the country at the forefront of this dynamic global industry.”

“The Food Strategy White Paper is a missed opportunity, and ignores the potential that plant-based foods offer to progress the Government’s climate and health objectives.

“Plant-based food and drink has incredible potential to deliver on the Government’s aims, and we hope that Ministers will do more to embrace our sector in the months and years ahead.  It is inevitable that plant-based food will be a part of the future food landscape, with just over a quarter of the UK population already describing themselves as flexitarian.  We should take the opportunity to become an international leader in creating a shift towards a more plant-based diet because doing so would reduce greenhouse gas emissions as well as create economic opportunities and tackle some of the health problems faced by the overburdened NHS.

“We welcome plans to develop a separate horticulture strategy and we think the Government should go further and adopt a target for growing plant-based consumption in the UK. Scientists agree that the fastest, most cost-effective and least societally disruptive way to tackle the climate crisis is to reduce livestock consumption and accelerate the shift towards plant-based diets.

“If the Government is serious about this work, we need to map out the implementation of the reduction in meat and dairy consumption”

“We welcome the commitment to the role of alternative proteins, and call upon the Government to ensure this includes plant-based foods. If the Government is serious about this work, we need to map out the implementation of the reduction in meat and dairy consumption, as suggested by Henry Dimbleby to meet our net-zero goal, and how this will be achieved in time.

“There are opportunities to take big strides towards better food systems. The Government intends to make funding available to farmers, to boost productivity and support the transition to low-carbon farming practices and it is essential that we see farmers supported so they can meet growing demand for more sustainable plant-based food and drink products as part of this funding.

“Additionally, the work around the methodology for eco-labelling offers another opportunity. It is essential that eco-labelling schemes should be holistic and help to pursue a fairer and more sustainable food system through transparency where consumers can easily compare the environmental impact of the plant-based and animal-based products being offered to them, to support people in lowering their carbon footprints.

“The UK has the chance now to drive a positive shift in food production for the long-term benefit of the environment, businesses and consumers, and we are keen to see more ambition come through as the thinking develops around this White Paper.”