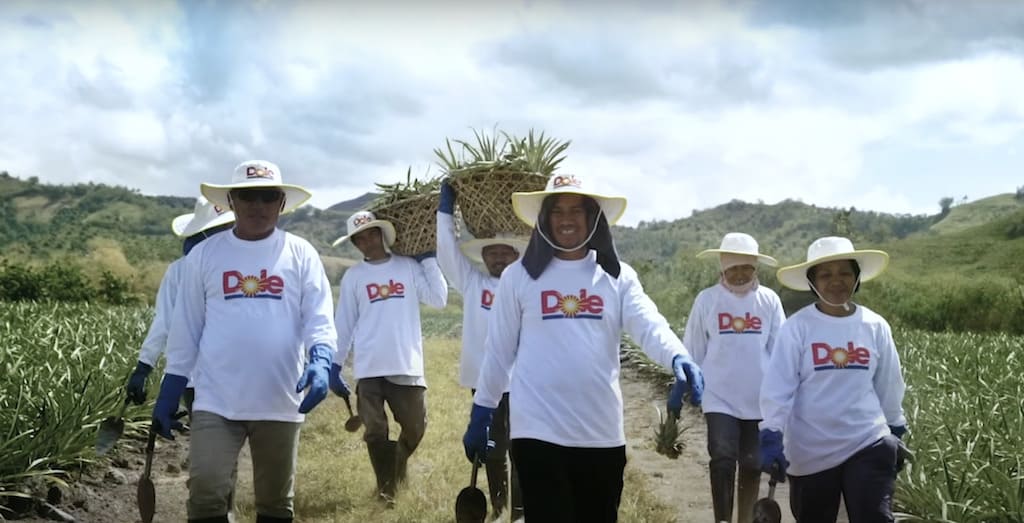 Dole was recognised for its collaboration with Ananas Anam, a company using upcycled pineapple leaves to produce an animal-free leather alternative called Piñatex. For the past year, Dole has been supplying Ananas with pineapple leaves that would otherwise be wasted, benefitting the environment and both companies.

“Our partnership with Dole is a game-changer for us”

Research indicates that Dole has made over $100 million through the collaboration, while Piñatex is now used by over 1000 companies as a result. These include major brands such as Nike, Saucony, and H&M.

“One thing really powerful in this was the idea of waste,” Jury President Ronald Ng told AdAge. “Reaching out to Ananas Anam. Making the product better and then going to a thousand brands who are using this product. Everyone is a winner here — the original start-up, Dole, the farmers, and ultimately the planet.”

In an interview with vegconomist, Ananas Anam CEO Melanie Broyé-Engelkes added, “Our partnership with Dole is a game-changer for us – we will access a much larger volume of pineapple leaf fibres, to meet the ever-increasing demand for Piñatex not only in fashion, but also in the upholstery and automotive sectors. Working closely with Dole’s teams on the ground will help us to create a wider positive social impact among farming communities, by creating more jobs and generating additional revenue streams, and to continuously reduce our environmental footprint by valorising waste at scale.”